HomeFlowers15 Unusual Flower Facts: how many do you know? 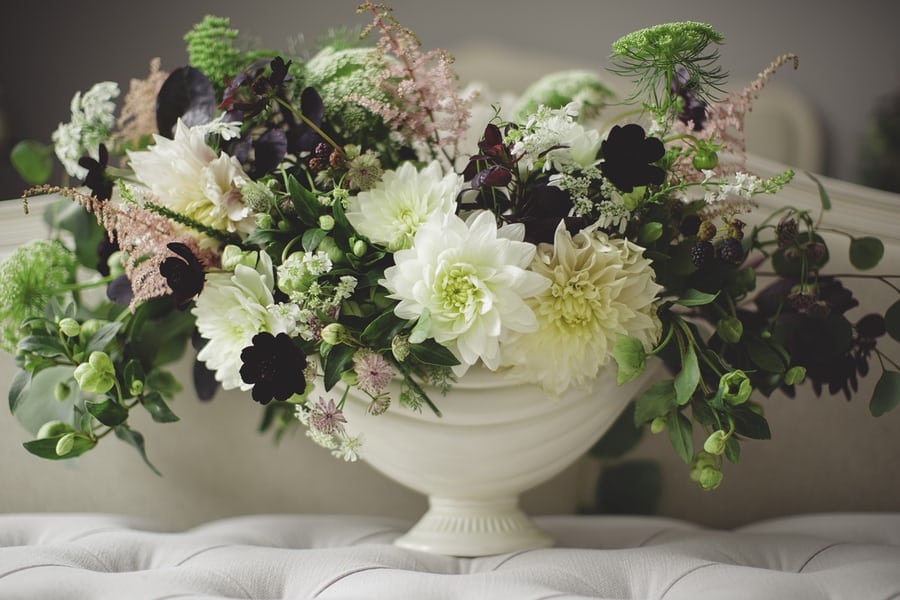 15 Unusual Flower Facts: how many do you know?

Flowers make the perfect gift. Suitably for almost every occasion, quite simply they bring joy and life into a room. Whilst today they are most commonly bought and gifted for their aesthetic and sentimental value, here are 15 unusual flower facts that prove they are more than just to be enjoyed visually.

Flowers can be taken at a purely aesthetic value – most love to enjoy the colours, the smells, and the sense of vibrancy they bring. They can also be read on a deeper level, however. Indeed, flowers have a long history of being used to convey different meanings and even secret messages.

In different cultures, particular blooms have been ascribed symbolic religious, or conversational meanings. Around the world a flower language of sorts has developed over the centuries – this is called floriography (the language of flowers). This may be surprising, but if you think about it, you will likely already know a few. Roses are perhaps the most obvious example. Red roses are used to symbolise love, which is why you see so many of them around St Valentine’s day!

In the UK, during the middle ages, wearing a white or red rose would indicate which side you took during the civil war known as the War of the Roses.

A couple of hundred years ago, the Victorians enjoyed communicating with each other through them, leading to an increased interest in floriography. During a time of strict social convention, Victorians would use flowers to share messages that they could not say aloud but could be interpreted with special dictionaries. Sometimes this was simply a ‘yes’ or ‘no’, or something far more intimate. Even the way in which the ribbon was tied could be read into. Often the meaning was and still is tied to the characteristics or quality of the flower. Hence red roses symbolised intense romantic love, whilst white roses indicated virtue, and yellow were used for signs of friendship or companionship.

As important as they are in our society, flowers have been used and valued by humankind for millennia, gaining special religious and emotional significance during that time.

Here are fifteen unusual facts that you may not know…

1. If you do yoga, you will likely already be familiar with the lotus flower. The lotus pose is widely used for meditation, and as a position, it is used to ground one’s soul. It’s also quite good for improving ankle and leg strength… But the lotus flower has long been held in high regard as an item of religious significance. The ancient Egyptians used them during burial rituals, and in India, the flower symbolises purity and enlightenment. This is the inspiration behind the yoga pose.

2. Holland is famous for its colourful fields of tulips. However, did you know that during the 1600s, tulip bulbs were actually considered more valuable than even gold! Fights were fought over rare bulbs, whilst others were sabotaged. You can get a sense of how highly prized these flowers were in the 2018 film ‘Tulip Fever’ directed by Justin Chadwick and starring Alicia Vikander.

3. Foxgloves gained their name through a mixture of myth and bad translations. The Latin name for the flower is digitalis, which comes from the word ‘finger’. In 1542, a German botanist called Leonhart Fuchs renamed the flower ‘Fingerhut’, which roughly translated to ‘thimble’. In Old English, however, the flower received its name thanks to the folk myth that foxes wore the flowers on their paws to soften any sounds they make while hunting prey.

4. Broccoli is actually a flower. Yes, really. It’s picked before its flowers bloom.

5. As a general rule, white flowers are much stronger smelling than ones with colour. Take Lillies of the Valley as an example – they are tiny, but always smell delightful.

6. Speaking of smells, the largest flower in the world also happens to be one of the most offensive on the nose. In fact, the Titan Arum is said to smell like rotten flesh.

7. Have you ever been caught short of an onion mid-cooking? Did you know that you can use a tulip bulb instead?

8. Rose oil is used for a wide variety of purposes, from food to cosmetics. But it takes a lot of effort to produce it. For one gram of rose oil, roughly two thousand roses are needed.

9. Roses also happen to be related to a lot of our favourite summer fruit; peaches, pears, plums, raspberries, apples, and cherries.

10. Whilst you may be most familiar with daisies from making daisy chains as a child, they in fact have several medicinal properties, from helping with back pain to easing coughs and indigestion.

11. Several flowers are actually edible and can make wonderful and colourful additions to meals. You have to be careful, however – not all flowers are safe to eat! If you want to add some to your favourite dish, go for violets, chive blossoms, or nasturtiums. Lavender is great in baking and squash flowers are delicious when deep-fried! Just make sure to give them a proper wash so you don’t ingest any pesticides or other nasties.

12. Flowers can be great at cleaning polluted air. Whilst large fields of Gerbera daisies, orchids, and chrysanthemums may not be the solution to global warming, they are great at filtering several pollutants from the air when used indoors.

13. Surprisingly, some plants are actually used to make pesticides. Chrysanthemums can be used to kill insects like flies or even cockroaches. Citronella is also used to kill mosquitoes.

14. Flowers are not just planted for their beauty but can be used as ‘companion plants’ to help the growth of other plants. Marigolds, for example, are often planted next to vegetables like tomatoes to repel insights like hornworms or whiteflies.

15. Sunflowers absorb radioactive elements. In fact, they are so successful at taking contaminants out of the soil, that they have been planted at the nuclear sites of Chernobyl and Fukushima.

How many did you already know?

A few snaps from part of our install at @wildernes

A little meadow made with chicken wire and water #

We loved this colour scheme! Apricot and coral dre

Dahlias are coming back into season and we are rea

Oooh look at that movement in a gentle wind. A ver